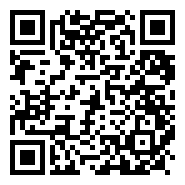 Ataya proverb: “ini ta vaii kai nkis ga, ijad atayal ba lai,” or: “If one does not know history, how can one know how to live?”

Daylight rose from the Pacific Ocean: in the mornings our tribe was awakened by the sun. Sunlight woke our people’s footsteps, sunlight woke the sleeping millet, and sunlight woke birds and beasts in the forest.

Daylight rose from an ocean fleet: in the mornings our tribe was awakened by cannon fire. Cannon fire alarmed our people’s footsteps, cannon fire startled the harmless millet, and cannon fire scattered birds and beasts in the forest.

At the break of day, an ear of millet opened wide its eyes, and in the faraway Taipei basin a national flag rose to the same height as the sun, its flutter-and-flap accompanying cannonballs looking for a target. Sometimes, when crossing over a mountain, the cannonballs would sow endless rows of fireflowers on the slopes, nitric dust flying everywhere to soil the golden countryside.

Sometimes, the cannonballs would take to the skies even earlier than the break of day and I could see them staring from wolfhound eyes, barking and rattling their teeth. Then our people would quickly squeeze us into their ears, trying to find the mountain tracks that, three hundred years ago, had let them open up the borderlands－the only thing is that this time, they were fleeing in a panic.

III. PILLOW MOUNTAIN ( THE MOUNTAIN IN FRONT OF TAKEKAN, 1902)

Modu grew millet on the slopes of Pillow Mountain, where Takekan Brook nourished the soil on Pillow Mountain: if he was not careful, the weeds would right away grow thicker and stronger than the millet. One morning in the ninth month, first a beelike bullet flew and slammed into the thriving beehive, and moments later war had swept away Modu’s millet field.

Modu’s millet did not know how to escape, but our people’s bodies hid like leaves. From green shade, metal arrowheads poured like rain into the enemy’s eyes. After the battle ended, the beehive that had moistened his wife’s belly had turned into a pool of blood, and the millet field had become an unkept burial ground－but there was no one to hear Modu crying, because the sky had already grown dark.

One day, Father agreed to take us to look at the salt and at once our eyes were shining with a whitish light. In the sunshine, I knew that those were our salty tears.

One day, we went on a journey to Jiemeiyuan, on the banks of Muddy Brook, and those from Ganzhuowan Village of the Bunun people brought goods and drink. Behind them were some brightly flashing things, and I thought I knew that they were white grains of salt.

One day, Father and 130 of our people were lying down drunk at Jiemeiyuan, and brightly flashing blades chopped off their heads. That year, the dark Muddy Brook shone with a reddish light, and its water flowed on and would not return.

One day, I was leafing through The Records of Governance of Barbarians, and in the yellow glow of its yellowed pages found one sparkling, crystal-clear grain of salt after another－and then all of them flung themselves at my face, and once more made me see Yava and over a hundred of our people shed tears.

In winter, after the offerings to the ancestors’ souls, the Japanese quietly wept for Kamiya Isaburô, assistant officer of the Military Police who had died in battle. Set off by the light of the moon, Yava’s head was on the top left corner of the canvas; our people’s legs were the grass on the prairie, their bodies were stones piled upon each other. It looked terribly like a torn-up painting, and I saw our people smile and set foot on the rainbow bridge.

On Lidong Mountain stood a pillar-shaped stele like a cannonball, on the stele stood Governor-General Sakuma Samata, and the insignia on the Governor-General’s jacket illuminated the sky for those of the Qi’naji, the Malikuowan, and the Hehuan clans. This made the sky in its vastness break into cryptic laughter.

One day the stele walked down Lidong Mountain, past the tribe burned down by cannon fire, past the river that had swallowed the loom, past infants searching for their mothers’ breasts. When the stele finally came to an open wasteland, it cleaned the tattoos off its body until it became a child of the earth.

IX. SHADOW WARRIORS (VENDETTA BETWEEN THE MALIKUOWAN AND THE JINNAJI CLAN, 1919－26)

We all know that the vendetta began with the deputy chieftain of Takejin Village mistaking the people of Wulai Village for monkeys and shooting them dead.

Only the Japanese police looked after the two clans. Seven years in succession, in the season of falling leaves, the Malikuowan and the Jinnaji each secretly received guns and ammunition. Both said that the Japanese police were benefactors of their clan, until starvation put an end to the vendetta.

The Japanese rescued a child of Hege Village, and worked hard to teach the child how to count. One head ten heads a hundred heads－the child counted and silently spoke the names of our people: Walis … Mona … Bihao … Yopas … Suyan … until heaven was dim and earth was dark.